GeoDataVision President Len Suzio today announced the publication of important Small Business Loan Market Rank and Market Share Reports for each state. "A critical part of CRA performance evaluations is the 'Performance Context' and there is no more important or meaningful performance context data than the actual small business lending data reported under the Community Reinvestment Act (CRA). GeoDataVision is releasing critical market rank and market share data in easy-to-read reports as a free public service to bankers and the public," Suzio stated.

GeoDataVision has developed a unique set of market reports that depicts small business loan market rank and market share for thousands of markets throughout the United States. The Company is releasing the statewide market reports for each and every state. The data has been extracted from the FFIEC CRA Aggregate & Disclosure files released in November 2017 containing the 2016 market data. This is the most up-to-date market data available until the 2017 market data is released later this year. 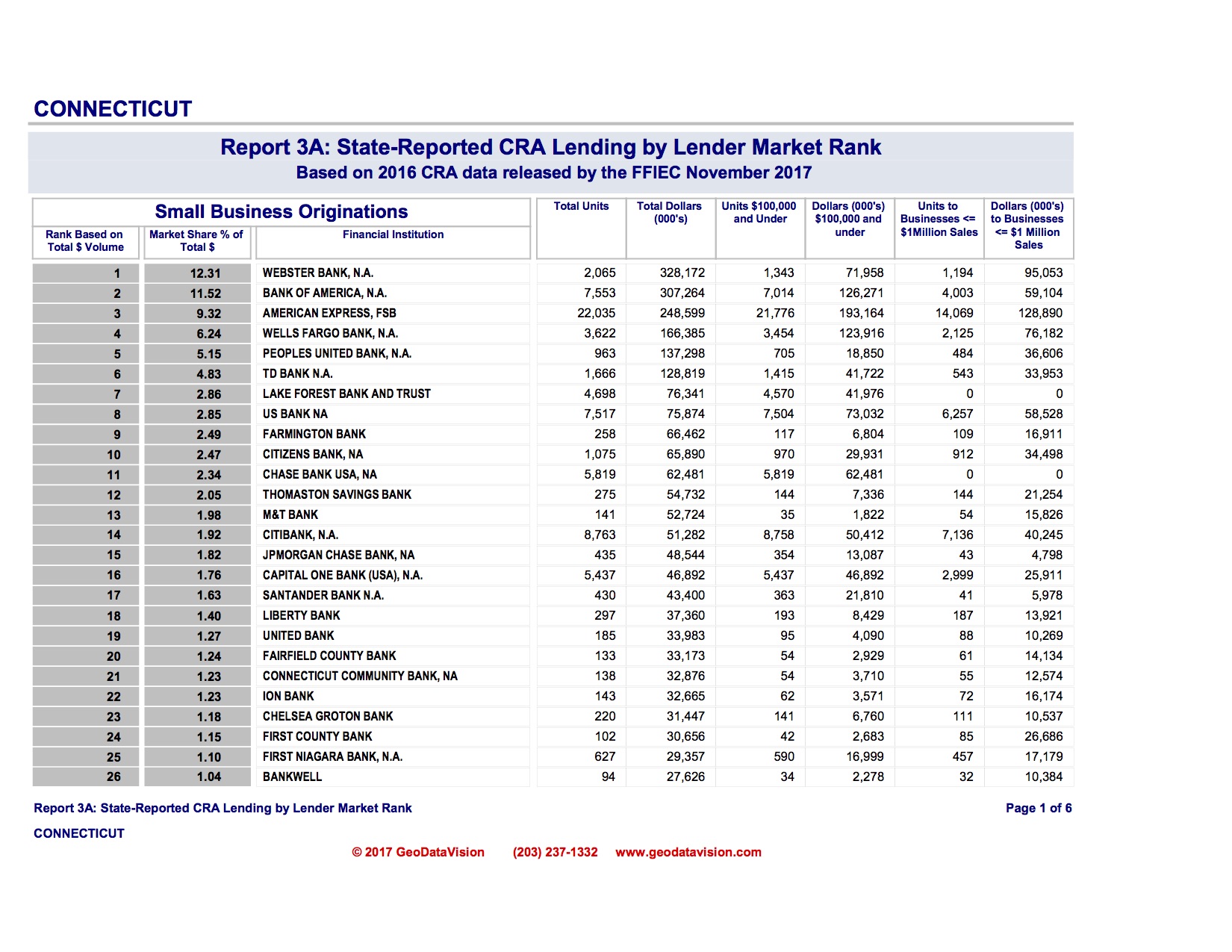